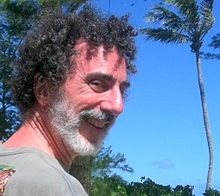 Alfred Angelo Attanasio, born on September 20, 1951 in Newark, New Jersey, is an author of fantasy and science fiction. His science-fiction novel Radix was nominated for the 1981 Nebula Award for Best Novel and was followed by three other novels, the four books, together, comprising the critically acclaimed 'Radix Tetrad.' The 'Tetrad' is being re-issued by Phoenix Pick Publishers. He also writes under the name Adam Lee

Silence is a text easy to misread.

â?¦for a true Christian, all strangers are Jesus.

Ricardo Pinto's The Chosen strikes the reader with great force.

“Being human is the most terrible loneliness in the universe.”

I dream of a true husband'a good man, not a brute, nor a champion of men on the battlefield; I dream ...

Now you see. We are all fugitives. We have always been fugitives from the void. Whatever comfort, wh ...

The hand is no different from what it creates.

“I woke up for about a minute, and I remember seeing Austen lying on the ground. I was so mad I couldn't help him. I felt paralyzed. I tried to tell him I loved him, but I couldn't talk.”