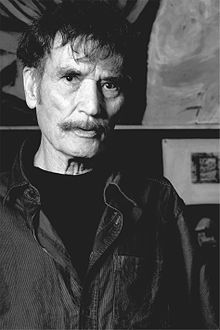 Anthony Charles Hockley Smith (born Anthony Charles Smith in 1935) is a British novelist and playwright from Kew. He was educated at Hampton Grammar School and Corpus Christi College, Cambridge, where he read Modern Languages. On starting his writing career, to distinguish himself from other writers of the same name he added the initial 'H', representing his grandmother's maiden name, Hockley

Just fear me and love me...and do as I say...and I will be your slave.

Everything. I have done everything you wanted...You asked that the child be taken. I took him. You c ...

Sarah took a deep breath and set off along the passageway again. A clump of lichen on the gatepost o ...

When one door opens, so does another one.

“If you are a stock broker, you have to have responsibility, like a painter, you have to know your subject. You have to advise people right, and if you're more often right than wrong, I think you're doing fine.”