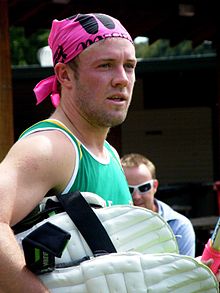 I don't know how I'm gonna pick up a bat again. I just need to be away for a bit and play with my dogs.

“Unfortunately we couldn't pull through with the win but I enjoyed it very much and hopefully I'll play for many years to come.”

No matter how hot the fire burns, a Protea always survives

I really hate it when I canâ??t score runs from a ball.