Abdul Halim Khaddam ( pronunciation AHB-dl hah-LEEM kah-DAM (Arabic: ??? ?????? ??????; born 15 September 1932) is a Syrian politician who was Vice President of Syria from 1984 to 2005. He was one of the few Sunni Muslims to make it to the top of the Alawite-dominated Syrian leadership. He was long known as a loyalist of Hafez Assad, and held a strong position within the Syrian government until he resigned his positions and fled the country in 2005 in protest against certain policies of Hafez's son and successor, Bashar Assad 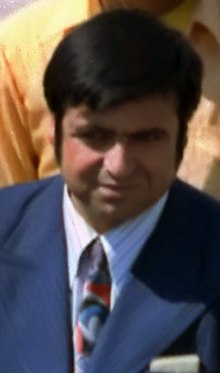 “I would not exclude any political group as long as it respects the democratic process.”

“Syria is now in the center of the danger zone.”

“No Syrian security service could take such a decision unilaterally.”

“This regime cannot be reformed, so there is nothing left but to oust it.”