Abderrahmane Sissako (born 13 October 1961) is a film director and producer who has often worked in Mali and France. Sissako is, along with Ousmane Sembène, Souleymane Cissé, Idrissa Ouedraogo and Djibril Diop Mambety, one of the few filmmakers from Africa to reach a measure of international influence. His film Waiting for Happiness (Heremakono) was screened at the 2002 Cannes Film Festival official selection under Un Certain Regard, winning the FIPRESCI Prize. His 2007 film Bamako received much attention. Sissako's themes include globalisation, exile and the displacement of people. His 2014 film Timbuktu was selected to compete for the Palme d'Or in the main competition section at the 2014 Cannes Film Festival and nominated for an Academy Award for Best Foreign Language Film 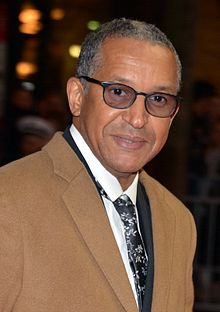 Islam never tells people to go out and kill other people.

The role of the artist is to be the witness of life, timbuktu.

Of course, technology is very important now. It's there, its available. It's there to be use however you see fit. You can use it and the jihadist can use it. In their case they have been very effective at making use of technology, particularly with websites. It's primarily through these websites that they do their recruiting. But it's not technology that makes them that way.

Every religion has had people going out and killing in the name of it. But that's not what religion is.

I'm the only Mauritanian filmmaker so it wouldn't make sense to make a film in France. I could shoot outside of my own country if the story was something that called for it. Africa really has to be the reason for me to make a new film.

Being an African filmmaker, Africa is what's important for me. If I were to shot a film in France or elsewhere it would only be because the story that was being told was something that concerned me, and that really called me or needed to be shown on the screen.

Music is one of the most beautiful things in the world. It's universal.

Music is human vibration. It makes humans vibrate and takes them someplace else.

I think that people don't necessary fight with or aren't necessarily beaten by weapons, but it' through their minds and what they think they can do.