Abel Parker Upshur (June 17, 1790 – February 28, 1844) was an American lawyer, judge and politician from Virginia. Upshur was active in Virginia state politics and later served as Secretary of the Navy and Secretary of State during the administration of President John Tyler. Upshur was instrumental in negotiating the secret treaty that led to the 1845 annexation of Texas to the United States and played a key role in ensuring that Texas was admitted to the United States as a slave state. He was among six people killed on February 28, 1844, when a gun exploded during a Potomac River pleasure cruise on the USS Princeton 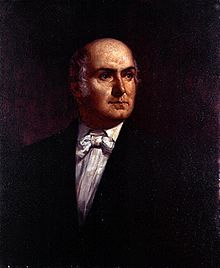