Maulana Sayyid Abul Kalam Ghulam Muhiyuddin Ahmed Azad ( pronunciation ; 11 November 1888 – 22 February 1958) was an Indian scholar and the senior Muslim leader of the Indian National Congress during the Indian independence movement. Following India's independence, he became the first Minister of Education in the Indian government. He is commonly remembered as Maulana Azad; the word Maulana is an honorific meaning 'Our Master' , and he had adopted Azad (Free) as his pen name. His contribution to establishing the education foundation in India is recognised by celebrating his birthday as "National Education Day" across India 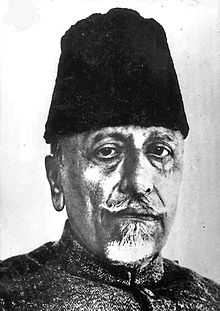