Adah Isaacs Menken (June 15, 1835 – August 10, 1868), was an American actress, painter and poet, and was the highest earning actress of her time. She was best known for her performance in the melodrama Mazeppa, with a climax that featured her apparently nude and riding a horse on stage. After great success for a few years with the play in New York and San Francisco, she appeared in a production in London and Paris, from 1864 to 1866. After a brief trip back to the United States, she returned to Europe. However, she became ill within two years and died in Paris at the age of 33 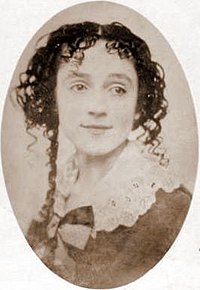 There is a graveyard in my poor heart - dark, heaped-up graves, from which no flowers spring.

#Flowers #From The Heart #Graves #Graveyard

There is no such thing as unfortunate genius; if a man or woman is fit for work, God appoints the field.

Life is a lie, and Love a cheat.