Adam Paul Bandt (born 11 March 1972) is an Australian politician, former industrial lawyer and former Deputy Leader of the Australian Greens. Bandt was elected to the Division of Melbourne in the House of Representatives, the lower house of the Parliament of Australia, at the 2010 federal election. He is the second member of the Australian Greens to be elected to the House of Representatives, after Michael Organ, but the first to be elected at a general election. Bandt had previously contested the seat in 2007 and narrowly lost to Labor's Lindsay Tanner. Bandt retained the seat of Melbourne at the 2013 and the 2016 elections, increasing his majority each time 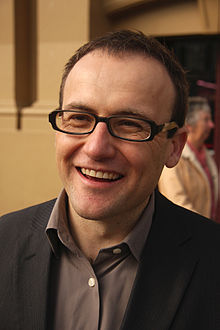 Iâ??d rather be a straight â??self-proclaimed homosexualâ?? than a racist, ignorant, hate-filled bigot in Rise Up Australia any day. This party wants to end multiculturalism and discriminate against anyone different. What this mob intends as a grievous insult, I take as a compliment. Long live equal rights.