Adam Paul Nielson Hicks (born November 28, 1992) is an American actor, rapper, singer, and songwriter. His first leading role was in How to Eat Fried Worms. He is also known for playing Luther in the Disney XD series Zeke and Luther and Wendell "Wen" Gifford in the film Lemonade Mouth. He had a recurring role in the second season of Jonas as DZ, and appeared as Boz in the Disney XD Original Series Pair of Kings 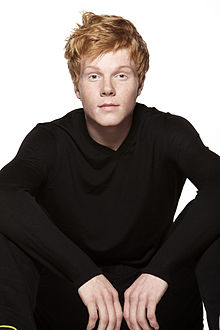 My parents are my major supporters. I look up to Denzel Washington, Jack Nicholson and Jim Carrey. They have all opened my mind and helped me with my craft.

I love all kinds of music. My dad's from London, so he loves David Bowie, the Stones, The Clash. I grew up with that influence while loving poetry and loving all kinds of current music.

I live in Las Vegas with my family, and I never realized what my parents would go through to get me to a five-minute audition.

I've been writing music since 4th grade, and I love putting words together and expressing things in a way that you can move your head to and you can really relate to, because I have a lot to say.

I'm a mad thinker in general. I think about everything, all the time. Especially when I write music, a lot of the influences come from personal experiences or from being on the outside looking in, being that person who witnessed things that stuck with me throughout my life.

I am definitely going to college!

If someone is sad, they put on a song, or if someone wants to rock out, and they want to get into a good mood, they put on music. Just being able to be a part of something like that I feel like was my ultimate push to do music.