Adam Hills (born 10 July 1970) is an Australian comedian and radio and television presenter. He has appeared on Australian and British television and is best known in Australia for his role hosting the music quiz show Spicks and Specks and the talk show Adam Hills Tonight, and in Britain for hosting The Last Leg. He has been nominated for an Edinburgh Comedy Award and Gold Logie Award 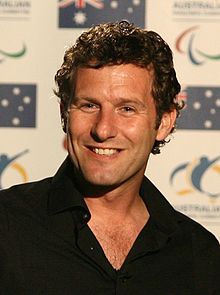 Tell you what, if there were gays in the army 'Saving Private Ryan' would have been a hell of a lot shorter film. There is no way it would take gay men three hours to find Matt Damon.

I'm sick of women telling other women what men want them to look like.

Going to Starbucks for coffee is like going to prison for sex. You know you're going to get it, but it's going to be rough.

Can we all just stop being dicks?!