Frederick "Fred" Katz (1887 – 13 December 1960) was an Australian politician. Born in Adelaide, South Australia, he received a primary education before moving to Victoria in 1898, where he became a clerk. He was secretary of the Federated Clerks' Union and the Miscellaneous Workers' Union, and was also President of the Victorian Trades Hall Council. In 1946, he was elected to the Australian Senate as a Labor Senator for Victoria, taking his seat in 1947. He was defeated in 1951, and was later a deputy member of the Victorian Industrial Court of Appeals. Katz died in 1960 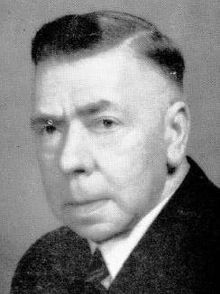 “Sammy has a lot of confidence he has a lot left in the tank.”

“Five years ago we were seen as mavericks. Now there is a sense of validation and growing enthusiasm from an increasing number of international researchers who view fat as a potentially valuable therapeutic resource.”

“Fat tissue is the bamboo of human tissue. They're in abundance, replenishable and easily acquired.”

“This was not a money issue. Was the money fabulous? No. Was it part of the decision-making process? Absolutely. . . . But by no means was it the only thing involved. In the end, the money was a secondary, maybe even a tertiary consideration.”

“This story is one of the more overblown stories I have ever seen,”

“But there's no ethical, social or political controversy”

“The inclination is not to, but it's unresolved.”

“In a culture dish, stem cells from fat can acquire properties that are similar to bone, cartilage, nerve tissue and some muscles.”

“There's nothing he can do about it now. It's more comfortable for him to be in Miami. That's it. There's no story here.”