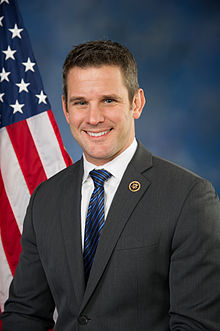 Tonight Illinois has set a tone for the nation, that we won't stand idle hoping that our economy improves. This is a brand new day for the Illinois Republican Party.

About 70 percent of the district was new. It was a short amount of time to get to know hundreds and thousands of people. But with the help and support of old friends, we built a grassroots operation organically from the ground up.

It's not about earning a paycheck, it's about doing something good that you believe in.

Tonight we send a message to our party that here in Illinois, there will be a new generation of Republican leaders and we will fight to provide a better tomorrow for future generations. We've made clear the status quo is no longer acceptable.

Americans in general have a lot of compassion, we just don't always have the same view of how that compassion is implemented.