Jack Morris Rosenthal CBE (8 September 1931 – 29 May 2004) was an English playwright, who wrote 129 early episodes of the ITV soap opera Coronation Street and over 150 screenplays, including original TV plays, feature films, and adaptations. He wrote the 1986 television film London's Burning for London Weekend Television, which proved so successful that it was adapted into the television series of the same name, which ran from 1988 until 2002 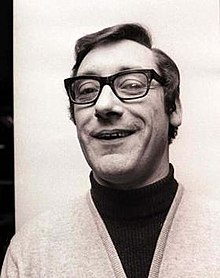 “Today's a historic day for the University of California.”

“Rather than a Student Regent coming in without experience, you have a one year apprenticeship.”