Adrianne Marie Curry (born August 6, 1982) is an American model, reality television personality, spokeswoman and former waitress. She is best known as the star of VH1's reality show My Fair Brady and being the first winner of the reality television series America's Next Top Model. She is of Italian descent 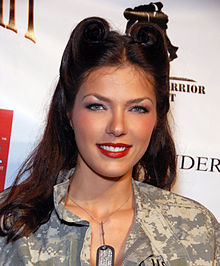