Adrienne Elizabeth McNeil Herndon was an actress, professor, and activist in Atlanta, Georgia. While admittedly an African American to friends and colleagues, she performed with the stage name Anne Du Bignon and claimed French-Creole heritage. She was one of the first African American faculty at the University of Atlanta, where she met W. E. B. Du Bois and subsequently worked with him. Herndon and Alonzo Herndon were an influential couple 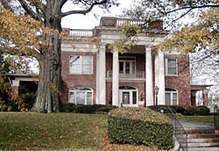 “Hopefully my agent can find me a team in Spain or France. Those two countries would be my first choices right now. I want to keep playing for a while. I'm having a lot of fun.”

“I love playing basketball and I wanted to give this a try after graduating from college. I got my degree but I wanted to keep playing for a while. So far it's been a great experience. But I'd really like to take it to the next level and see where I fit in. Plus, finally, after all these years, it's nice to get paid to play.”

“All three of those countries offer tougher competition than Denmark. I'd love to play at the next level. My agent is already working on a few things so hopefully it will work out. So far playing overseas has been a very good experience. The people in Denmark are very friendly. It's been a lot of fun.”

“So far it's been a lot of fun playing professionally over here. The team has had a good year and I'm happy with how I've played. But after the season is over, I'm hoping to move on. I'd like to play in Spain, or France or Italy next year.”