Adrienne Levine (June 24, 1966 – November 1, 2006), better known by the stage name Adrienne Shelly (sometimes credited as Adrienne Shelley), was an American actress, film director and screenwriter. She became known for roles in independent films such as 1989's The Unbelievable Truth and 1990's Trust. She wrote, co-starred in, and directed the 2007-released film Waitress, which ultimately won five awards. In late 2006 Shelly was the married mother of an infant daughter and was waiting to see if Waitress would be accepted for the Sundance Film Festival 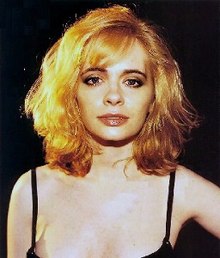 The way I see it is that love can put an end to this bureaucracy people go through in their relationships. But it can't blind you to the fact that maybe there are bombs, there are problems and the ozone layer is depleting.