Agnieszka Holland (born 28 November 1948) is a Polish film and television director and screenwriter. Best known for her political contributions to Polish cinema, Holland is one of Poland's most eminent filmmakers. She began her career as assistant to directors Krzysztof Zanussi and Andrzej Wajda, and emigrated to France shortly before the 1981 imposition of the martial law in Poland 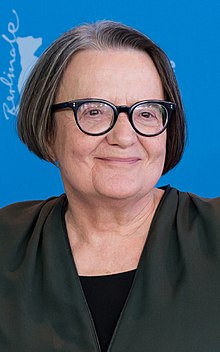 [Henry] James is much more complex than Jane Austen. That's why it's not so easy to adapt him. People expect a nice period piece, but that's not always the case. There's a deep human mystery in his work.

I believe that the internet as an open platform for distribution could be a great chance for the diversity of film production.

Be yourself. Don't pretend that you know something you don't. Don't create the appearance of fake authority. Speak about the things you really care about.

The internet creates chaos and a dangerous kind of piracy but makes the viewer much more active and gives the voice to minority players.