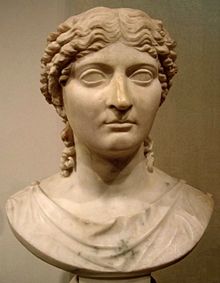 No philosophy, my son; it is of no use to an emperor.