Abu'l-Fath Jalal-ud-din Muhammad (15 October 1542– 27 October 1605), popularly known as Akbar I (IPA: [?kb?r], literally "the great") and later Akbar the Great, was the third Mughal emperor, who reigned from 1556 to 1605. Akbar succeeded his father, Humayun, under a regent, Bairam Khan, who helped the young emperor expand and consolidate Mughal domains in India. A strong personality and a successful general, Akbar gradually enlarged the Mughal Empire to include nearly all of the Indian Subcontinent north of the Godavari river. His power and influence, however, extended over the entire country because of Mughal military, political, cultural, and economic dominance. To unify the vast Mughal state, Akbar established a centralised system of administration throughout his empire and adopted a policy of conciliating conquered rulers through marriage and diplomacy. To preserve peace and order in a religiously and culturally diverse empire, he adopted policies that won him the support of his non-Muslim subjects. Eschewing tribal bonds and Islamic state identity, Akbar strived to unite far-flung lands of his realm through loyalty, expressed through a Indo-Persian culture, to himself as an emperor who had near-divine status 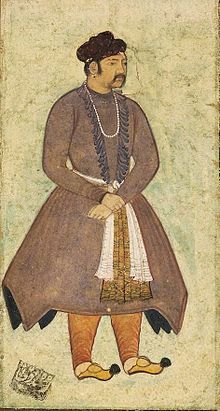 The world is a bridge: cross it, but build no house upon it.

Learning is a plant that grows in all climes.

A monarch should be ever intent on conquest, lest his neighbours rise in arms against him.

Most worshippers of God are intent on the advancement of their own destiny, not on His worship. In India, no one has ever claimed to be a prophet. The reason is that claims to divinity are customary.

It is best for ordinary men to have only one wife !