Al Jolson (born Asa Yoelson; May 26, 1886 – October 23, 1950) was an American singer, film actor, and comedian. At the peak of his career, he was dubbed "The World's Greatest Entertainer." His performing style was brash and extroverted, and he popularized a large number of songs that benefited from his "shamelessly sentimental, melodramatic approach." Numerous well-known singers were influenced by his music, including Bing Crosby, David Bowie, Bob Dylan, Rod Stewart and others. Dylan once referred to him as "somebody whose life I can feel." Broadway critic Gilbert Seldes compared him to the Greek god Pan, claiming that Jolson represented "the concentration of our national health and gaiety." Wikipedia 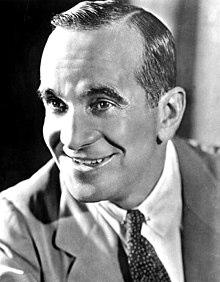 I have seen and heard comedians who had really funny 'stuff' but yet could not make the people laugh; then, again - I have seen others whose stuff was anything but humorous, and the audience would howl with laughter.

A responsive audience is the best encouragement an actor can have.

California, here I come, right back where I started from.

“I can't see what Jack Warner can do with an Oscar - it can't say yes.”

“You ain't heard nothing yet, folks!”

#Folks #Heard #Nothing #Yet