Alan Arnett McLeod VC (20 April 1899 – 6 November 1918) was a Canadian soldier. McLeod was a recipient of the Victoria Cross, the highest and most prestigious award for gallantry in the face of the enemy that can be awarded to British and Commonwealth forces. McLeod served as a pilot in the Royal Air Force during World War I 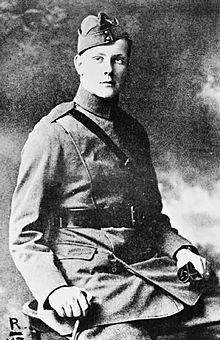