Sir Alan Arthur Bates, CBE (17 February 1934 – 27 December 2003) was an English actor who came to prominence in the 1960s, when he appeared in films ranging from the popular children's story Whistle Down the Wind to the "kitchen sink" drama A Kind of Loving. He is also known for his performance with Anthony Quinn in Zorba the Greek, as well as his roles in King of Hearts, Georgy Girl, Far From the Madding Crowd and The Fixer, in which he received an Academy Award nomination for Best Actor. In 1969, he starred in the Ken Russell film Women in Love with Oliver Reed and Glenda Jackson 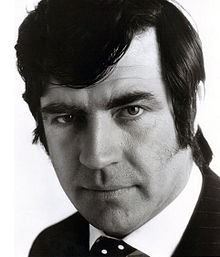 I do believe in living out your own time, unless it's absolutely impossible, which it is for some people.

Occasionally I do things against my inner voice, but you really should go for the thing that touches you most-even if you don't quite know why it does.

#Go For It #Inner Voice #Occasionally

You can time a part perfectly and play it badly. And some people have very individual offbeat timing, which is their own. It works simply because they are who they are.

People ask, how do you cope, and all I can say is that you do.

I've never believed much in that holding hands kind of love. I've always thought that love is about two different personalities trying to confront life, trying to make sense of their responsibilities, to themselves, to each other, and to the wider society.