Alan D. Bersin (born October 15, 1946) served as the acting Commissioner of U.S. Customs and Border Protection (CBP). Acting Commissioner Bersin was placed by President Barack Obama on March 27, 2010 as a recess appointment. As Acting Commissioner, Mr. Bersin oversaw the operations of CBP’s 57,000-employee work force and managed an operating budget of more than $11 billion. Bersin formerly served as the Department of Homeland Security Assistant Secretary for International Affairs and Special Representative for Border Affairs, informally known as the "Border Czar." Bersin currently serves as Assistant Secretary of International Affairs and Chief Diplomatic Officer for the Department of Homeland Security, a position he assumed on January 3, 2012. According to the Department of Homeland Security website, in this position Bersin "oversees the Department's international engagement and serves as the principal advisor to Secretary Janet Napolitano on all international affairs" 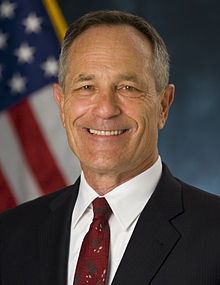 Until we have a legitimate labor market between Mexico and the United States, people will attempt to come here to work.

“The governor is committed to putting resources where they are needed the most.”

“That is part of the ongoing discussion and the agreement to disagree.”

“I think it was consistent with the spirit of the meeting that we are seeking common ground and recognizing those areas that we continue to disagree.”