Sir Alan Gordon Barraclough Haselhurst PC (born 23 June 1937) is a British Conservative politician who served as Member of Parliament (MP) for Saffron Walden from 1977 to 2017, having represented Middleton and Prestwich as MP from 1970-74. He was Chairman of Ways and Means from 14 May 1997 to 8 June 2010, and later Chairman of the Commonwealth Parliamentary Association between 2011-14. He was the oldest Conservative MP during his last Parliament, but is standing down at the 2017 general election 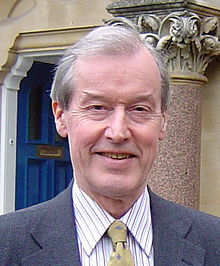 Metaphysics of Evolution: What is Matter & Life? 'Recent discoveries from Russia confirm that DNA / Genes are resonant structures which are subtly interconnected to their environment. i.e. Genetic material can be manipulated by waves with certain resonant frequencies.'