Alan G. Hassenfeld is a former chairman and chief executive officer of Hasbro Toys, a post he held between 1989 and 2008. He is the brother of Stephen D. Hassenfeld, who preceded him in the post. Hasbro was founded as a Hassenfeld family business in 1923. As chairman and chief executive, he has diversified Hasbro’s portfolio of companies and expanded international operations while initiating a singular brand of corporate activism designed to improve the lives of children. He was inducted into the Toy Industry Hall of Fame in 1996 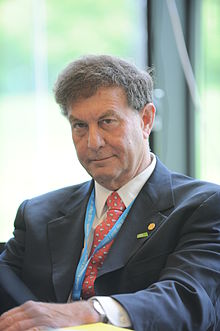 “We expected a difficult comparison this year, and this has been compounded by the significant reduction in inventories and increased seasonality of purchasing patterns at Toys 'R' Us.”

Investment in the eradication of hunger today is a good business decision. If we fail to make this investment, it is doubtful that we can sustain healthy economic growth. Without this investment, our nation may disintegrate into a country sharply divided between those who have enough to eat and those who do not.

Marshall is the coach's coach. No one is more of a listener, who learns from us (his students) from what we say or do not say. Taking from what he has heard, he molds for all of us a program to make us and our people better for having been in his presence.

“Wizards of the Coast will enable us to significantly expand in the fast-growing games arena, which is a cornerstone of our growth strategy for the new millennium.”