Albert James "Alan" Freed (December 15, 1921 – January 20, 1965), also known as Moondog, was an American disc jockey. He became internationally known for promoting the mix of blues, country, and rhythm and blues music on the radio in the United States and Europe under the name of rock and roll. His career was destroyed by the payola scandal that hit the broadcasting industry in the early 1960s 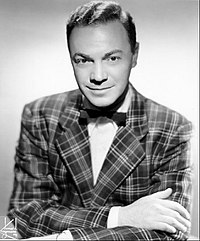