Alan Stuart Lowenthal /?lo??n????l/ (born March 8, 1941) is an American politician who has been the United States Representative for California's 47th congressional district since 2013. A member of the Democratic Party, he previously served in the California State Assembly from 1998 to 2004, representing the 54th Assembly district, and then as a member of the California State Senate, representing the 27th district from 2004 to 2012. In both posts, he represented the city of Long Beach and its surrounding suburbs 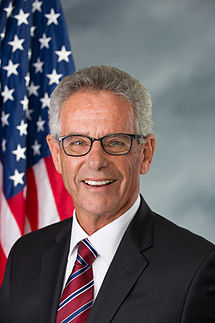 Those who deny human-caused climate change offer no compelling evidence to better explain the undeniable rise in atmospheric concentrations of greenhouse gases and global temperature.

I live and die for the Buckeyes. I also love to play racquetball.

I'm passionate about the issues that I care about, and I'm a really good listener.