Patrick Alan Nunnelee (October 9, 1958 – February 6, 2015) was an American politician who was the U.S. Representative for Mississippi's 1st congressional district from 2011 until his death in 2015. Previously he served in the Mississippi State Senate, representing the 6th district, from 1995 to 2011. He was a member of the Republican Party 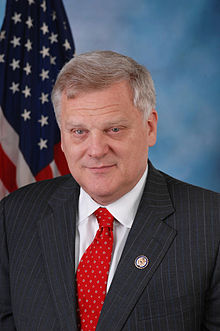 Tonight, we reclaim our country so that we can pass on to future generations the freedoms and the opportunity that we have inherited from those who came before us.

If you had the opportunity to cast your vote for speaker, would you vote for Nancy Pelosi?

I know what motivated you was not just a political campaign. It was your love of our country.