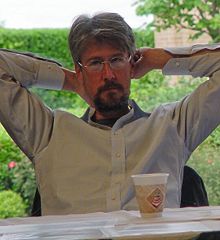 I moved from Chicago to New York in 1984 for 'Biloxi Blues.' In 1989, my wife and our then-baby daughter moved to Los Angeles to try to get in television.

I did a musical that I don't think anybody ever saw, called 'One Shining Moment,' and in that cast was Megan Mullally and Kevin Anderson.

People would say, 'Boy, I really loved you in Ferris Bueller," and it would really aggravate me. I thought I was a one-trick pony, and people had seen the trick. Now that things have worked out and I've gone on to other things, I'm really pleased that people enjoy it.