Albert Ball, VC, DSO & Two Bars, MC (14 August 1896 – 7 May 1917) was an English fighter pilot during the First World War. At the time of his death he was the United Kingdom's leading flying ace, with 44 victories, and remained its fourth-highest scorer behind Edward Mannock, James McCudden, and George McElroy 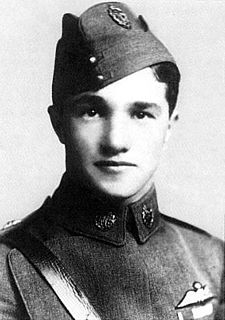 Won't it be nice when all this beastly killing is over, and we can enjoy ourselves and not hurt anyone? I hate this game.