Alberto Ascari (Italian pronunciation: [al?b?rto as?kari]; 13 July 1918 – 26 May 1955) was an Italian racing driver and twice Formula One World Champion. He was a multitalented racer who competed in motorcycle racing before switching to cars. Back to back World titles in 1952 and 1953 sandwiched an appearance in the Indianapolis 500 in 1952. Ascari also won the Mille Miglia in 1954. Ascari was noted for the careful precision and finely-judged accuracy that made him one of the safest drivers in a most dangerous era 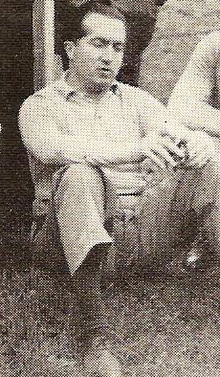 My game is going wrong - the star is setting