Count Aleksey Konstantinovich Tolstoy, often referred to as A. K. Tolstoy (Russian: ???????? ??????????????? ????????) (September 5 [O.S. August 24] 1817 – October 10 [O.S. September 28] 1875), was a Russian poet, novelist and playwright, considered to be the most important nineteenth-century Russian historical dramatist, primarily on the strength of his dramatic trilogy The Death of Ivan the Terrible (1866), Tsar Fyodor Ioannovich (1868), and Tsar Boris (1870). He also gained fame for his satirical works, published under his own name (History of the Russian State from Gostomysl to Timashev, The Dream of Councillor Popov) and under the collaborational pen name of Kozma Prutkov. His fictional works include the novella The Family of the Vourdalak, The Vampire (1841), and the historical novel Prince Serebrenni (1862) 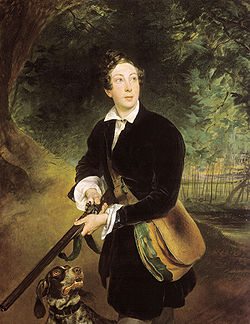 Many men are like unto sausages: Whatever you stuff them with, that they will bear in them.