Alexander George "Alex" Clare (born 14 September 1985) is a British singer and songwriter. Clare adopted his current stage name, Alex Clare, in 2010, replacing Alexander G. Muertos, a pseudonym he first used while still at school. His debut album, The Lateness of the Hour, was released in the UK on 11 July 2011 on Island Records and was produced by Mike Spencer and Major Lazer 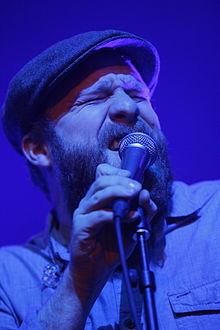 Growing up, I listened to a lot of jazz and blues records - John Coltrane and Etta James. I was also really into Radiohead and the BeeGees.

You kind of hope as a musician that you get some recognition for what you do, and when you do, it's nice. It's a really good feeling.

I could never call myself an atheist; my parents could, quite happily. I always felt like there was a little bit more out there, and was always into observing the world from a slightly more spiritual, as opposed to scientific, perspective.