Alexander Denell "Alex" Green (born June 23, 1988) is an American football running back for the Hamilton Tiger-Cats of the Canadian Football League (CFL). He played college football at The University of Hawaii. He was considered one of the better running back prospects for the 2011 NFL Draft. He was drafted third round, 96th overall, by the Green Bay Packers in the 2011 NFL Draft 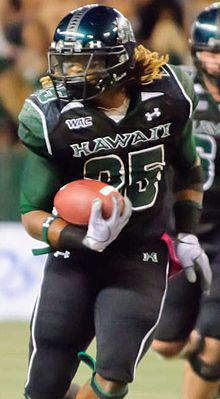 It's how we spend ourselves - not our money - that makes us rich.

Gratitude is usually generated in one of two ways. One, by feeling a genuine appreciation for the life that you were given and, two, by making a conscious decision to practice looking at what's right in your life rather than focusing on what's missing.