Alexander George Karras (July 15, 1935 – October 10, 2012) was an American football player, professional wrestler, and actor. He was a four-time Pro Bowl player with the Detroit Lions of the National Football League (NFL), where he played from 1958 to 1962 and 1964 to 1970. As an actor, Karras is noted for his role as Mongo in the 1974 comedy film Blazing Saddles, and for starring in the ABC sitcom Webster (1983–1989) alongside his wife Susan Clark, as the title character's adoptive father. He was also featured prominently in Victor Victoria, starring Julie Andrews and James Garner. He is a member of the College Football Hall of Fame Wikipedia 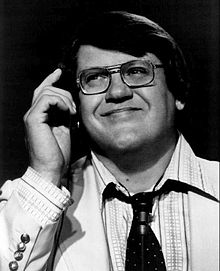 Toughness is in the soul and spirit, not in muscles.

I never graduated from Iowa, but I was only there for two terms - Truman's and Eisenhower's.

Hey, is this room out of bounds?

“It takes more courage to reveal insecurities than to hide them, more strength to relate to people than to dominate them, more 'manhood' to abide by thought-out principles rather than blind reflex. Toughness is in the soul and spirit, not in muscles and an immature mind.”

Everybody always wanted me to be sorry, I guess, and I am. And I'm tired of it. And I want to play football and, well, if I can't I'll have to do something else.