Alexander Gillespie "Alex" Raymond (October 2, 1909 – September 6, 1956) was an American cartoonist, best known for creating Flash Gordon for King Features in 1934. The strip was subsequently adapted into many other media, from a series of movie serials (1936–1940) to a 1970s television series and a 1980 film 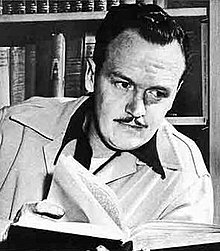 I decided honestly that comic art is an art form in itself. It reflects the life and times more accurately and actually is more artistic than magazine illustration - since it is entirely creative. An illustrator works with camera and models; a comic artist begins with a white sheet of paper and dreams up his own business - he is playwright, director, editor and artist at once.