Alexa Irene Canady (born November 7, 1950) is a retired American medical doctor specializing in neurosurgery. She was born in Lansing, Michigan and earned both her bachelors and medical degree from the University of Michigan. After completing her residency at the University of Minnesota in 1981, she became the first black person to become a neurosurgeon. This came after the first American woman was board certified in Neurosurgery in 1960. Canady specialized in pediatric neurosurgery and was the chief of neurosurgery at the Children's Hospital in Michigan from 1987 until her retirement in 2001. In addition to surgery she also conducted research and was a professor of neurosurgery at Wayne State University. After her retirement, she moved to Florida and maintained part-time practice at Pensacola's Sacred Heart Hospital. In 1989, Canady was inducted into the Michigan Women's Hall of Fame, and in 1993 she also received the American Medical Women's Association President's Award 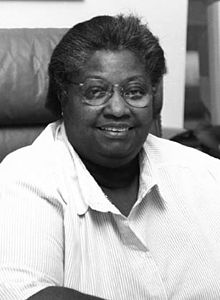 Sometimes we focus on the lyrics too much and forget to dance to the music.