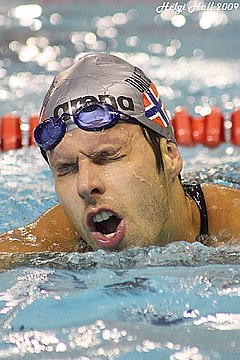 There is no single way to train, or do anything well. You have to keep thinking, keep doing things.

Nothing comes sailing by itself.

In swimming at my level it's about control of the small movements. A good ballet dancer floats across the stage, the best sprinters virtually abolish gravity. All motion occurs in the right direction.

In my world, I am one of the luckiest humans alive.

I have always had the sea as my playground.