Alexander Valterovich Litvinenko (Russian: ?????????? ???????????? ???????????; IPA: [?l???ksandr ?valt?r?v??t? l??tv???n??nk?]; 30 August 1962 or 4 December 1962 by father's account – 23 November 2006) was a former officer of the Russian FSB secret service who specialised in tackling organised crime – according to US diplomats, Litvinenko coined the phrase Mafia state. In November 1998, Litvinenko and several other FSB officers publicly accused their superiors of ordering the assassination of the Russian tycoon and oligarch Boris Berezovsky. Litvinenko was arrested the following March on charges of exceeding the authority of his position. He was acquitted in November 1999 but re-arrested before the charges were again dismissed in 2000. He fled with his family to London and was granted asylum in the United Kingdom, where he worked as a journalist, writer and consultant for the British intelligence services 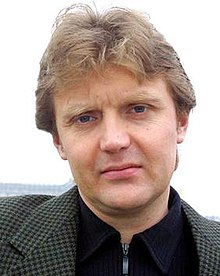 The quality of Moscow's hired killers had slipped since the KGB's glory days.