Alexander Mackendrick (September 8, 1912 – December 22, 1993) was an American born Scottish director and teacher. He was born in Boston, Massachusetts and later moved to Scotland. He began making television commercials before moving into post-production editing and directing films, most notably for Ealing Studios where his films include Whisky Galore! (1949), The Man in the White Suit (1951), and The Ladykillers (1955) 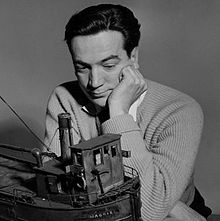 The best way to learn how to work with actors is to have had experience of trying to act yourself - it will teach you humility if nothing else.

The great directors managed to dissolve and disappear into the work. They make other people look good.

Children are often better actors than adults because they have a greater capacity for believing in a situation.