Alexander Vassiliev (Russian: ????????? ????????; born 1962) is a Russian journalist, writer, and espionage historian living in London who is a subject matter expert in the Soviet KGB and Russian SVR. A former officer in the Soviet Committee for State Security (KGB), he is known for his two books based upon KGB archival documents: Spies: The Rise and Fall of the KGB in America, co-authored with John Earl Haynes and Harvey Klehr, and The Haunted Wood: Soviet Espionage in America: the Stalin Era, co-authored with Allen Weinstein 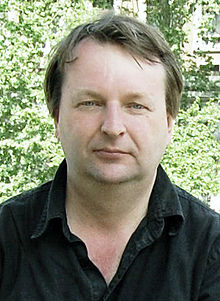 The historical side of fashion was very attractive to me when I was a teenager in Moscow, working for the costume departments in various Russian theater companies.

My collection of historical fashion consists of about 10,000 pieces - dresses and accessories, from 18th century to today. The main focus was initially Russian fashion, but now I have extended it to the whole European continent.

Russia's 62% of women and only 38% men, many of whom are heavy drinkers, so the battle for the female happiness is a rude one, only the slimmest, the leggiest, the blondest and the sexiest are the winners..

My deep relations with fashion started in Paris in 1980s, when I was appointed head of The Fashion History course at French Esmod fashion school, the biggest and the best in those years in Paris.

There's a huge and hungry market for the books on style and fashion in Russia, though the books should be done in Russian, not English since there are few readers who've master foreign languages well enough to buy foreign editions.