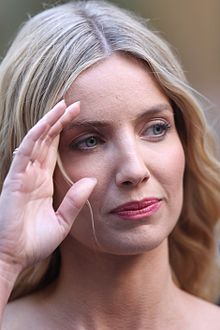 People are so ready to cut you down if you take a risk and leave your comfort zone.

The Tudors was ground-breaking in the sense that it did ruffle the feathers of classical historians ...

People in L.A. think I'm so posh. They think I live in 'Downton Abbey.'

I like to think that I represent myself as a strong woman, so to work with other strong women I find ...

I would never get married in a conventional way; I'd have the 'Curb' music as the union music.