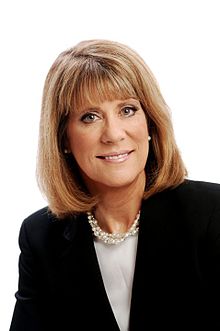 Anne Meagher Northup (born January 22, 1948) is an American Republican politician from the state of Kentucky. From 1997 to 2007, she represented the Louisville-centered 3rd congressional district of Kentucky in the United States House of Representatives, where she served on the powerful House Appropriations Committee. She lost reelection to Democratic politician John Yarmuth in the 2006 election. She then ran for governor, losing by 15 points to embattled Governor of Kentucky Ernie Fletcher in the Republican primary election for the 2007 Kentucky gubernatorial election. Prior to her election to the United States House of Representatives, Northup had served in the Kentucky House of Representatives

I think one of the political problems we have in this country is the perspective that all soccer mom ...

Sometimes growing pains are by fits and starts.

There's a reason people run negative ads... it's because they work.

Who I really am is the mother of six kids and Woody's wife.

There's something to be learned by listening and absorbing and watching before you start telling the ...

We have to achieve what we can, and if we haven't yet learned that we are not always going to get ou ...