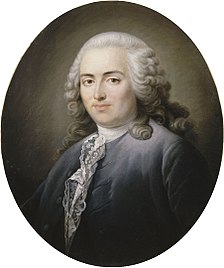 Anne Robert Jacques Turgot, Baron de l'Aulne (10 May 1727 – 18 March 1781), commonly known as Turgot, was a French economist and statesman. Originally considered a physiocrat, he is today best remembered as an early advocate for economic liberalism. He is thought to be the first economist to have recognized the law of diminishing marginal returns in agriculture

Respect is tendered with pleasure only where it is not exacted.

Morality in the general is well enough known by men, but the particular refinements of virtue are un ...

The expenses of government, having for their object the interests of all, should be borne by every o ...