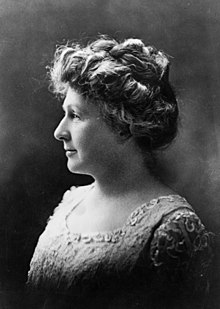 Annie Jump Cannon (December 11, 1863 – April 13, 1941) was an American astronomer whose cataloging work was instrumental in the development of contemporary stellar classification. With Edward C. Pickering, she is credited with the creation of the Harvard Classification Scheme, which was the first serious attempt to organize and classify stars based on their temperatures and spectral types. She was nearly deaf throughout her career. She was a suffragist and a member of the National Women's Party

“Teaching man his relatively small sphere in the creation, it also encourages him by its lessons o ...

“No greater problem is presented to the human mind.”

“Classifying the stars has helped materially in all studies of the structure of the universe.”

A life spent in the routine of science need not destroy the attractive human element of a woman's na ...