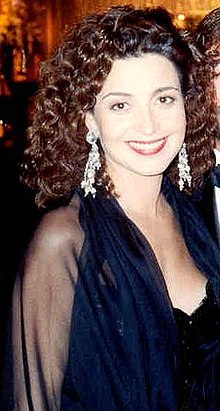 Dixie Carter was a goddess. The kind of wife and mother that every mother hopes their daughter will ...

Animation is very singular. Like, even the 'Toy Story' movies. People will go, 'Oh, gosh, you're so ...

I sure do love theater. I mean, that's where I started. I am actually sort of shy, but something hap ...

I'm a mother myself, and sometimes mothers get a bad rap just because they've tried to do their job. ...

The divinely talented Adam Arkin. So underrated. Every time I do a piece and they go, 'You know, you ...

I love series television because it's so much fun to have that much opportunity to paint the charact ...

I have taught some master classes and things at my alma mater and sometimes at my kids' school. I wi ...

They say getting a show on the air and having it be a success, literally, the odds are like winning ...

I don't watch a lot of my work. I'm not really interested in seeing it after I do it. Because I came ...