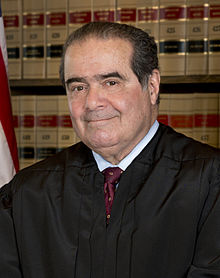 Antonin Gregory Scalia (/sk??li??/; March 11, 1936 – February 13, 2016) was an Associate Justice of the Supreme Court of the United States from 1986 until his death in 2016. Appointed to the Court by President Ronald Reagan in 1986, Scalia was described as the intellectual anchor for the originalist and textualist position in the Court's conservative wing

In a big family the first child is kind of like the first pancake. If it's not perfect, that's okay, ...

When did it become unconstitutional to exclude homosexual couples from marriage? 1791? 1868, when th ...

To allow the policy question of same-sex marriage to be considered and resolved by a select, patrici ...

It is a Constitution that morphs while you look at it like Plasticman.... That is contrary to our wh ...

With respect to public acknowledgment of religious belief, it is entirely clear from our nation's hi ...

[If critics of the Pledge of Allegiance persuaded the public it should be changed] then we could eli ...

It would be gross understatement to say that the Telecommunications Act of 1996 is not a model of cl ...

The right of parents to direct the upbringing of their children is among the unalienable rights with ...

Under all the usual rules of interpretation, in short, the Government should lose this case. But nor ...

There is nothing new in the realization that the Constitution sometimes insulates the criminality of ...

Interior decorating is a rock-hard science compared to psychology practiced by amateurs.

To many Americans, everything from the Easter morning to the Ascension had to be made up by the grov ...

Perhaps sensing the dismal failure of its efforts to show that 'established by the State' means 'est ...

Why in the world would you have it interpreted by nine lawyers? 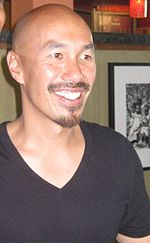