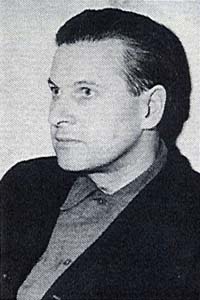 Baldur Benedikt von Schirach (9 May 1907 – 8 August 1974) was a Nazi politician who is best known for his role as the Nazi Party's national youth leader and head of the Hitler Youth from 1931 to 1940. He later served as Gauleiter and Reichsstatthalter ("Reich Governor") of Vienna. After World War II, he was convicted of crimes against humanity in the Nuremberg trial and sentenced to 20 years in prison.

Faust, the Ninth Symphony, and the will of Adolf Hitler are eternal youth and know neither time nor ...

If you outlaw half a million people you make martyrs of them. For example, if you outlaw Robin Hood, ...

In the presence of this blood banner which represents our Führer, I swear to devote all my energies ...

They say of us that we are an anti-Christian movement. They even say that I am an outspoken paganist ...

I lived with people who had varied opinions, some of whom did not accept my Nazi views. I encouraged ...

To us Germans everything is religion. What we do we do not merely with our hands and brains, but wit ...

I read world literature and I read French romances in the originals. I had quite a profound knowledg ...

If he descended from heaven today the great warrior who beat the money-traders you would shout your ...

The body expresses our very being. The striving for beauty is inborn among the Aryan.

Power is what spoils people. Yes, it seems to me that the seeking after power is the great danger an ...