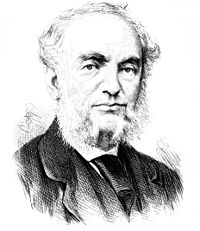 Balfour Stewart (1 November 1828 – 19 December 1887) was a Scottish physicist. His studies in the field of radiant heat led to him receiving the Rumford Medal of the Royal Society in 1868. In 1859 he was appointed director of Kew Observatory. He was elected professor of physics at Owens College, Manchester, and retained that chair until his death, which happened near Drogheda, in Ireland, on 19 December 1887. He was the author of several successful science textbooks, and also of the article on "Terrestrial Magnetism" in the ninth edition of the Encyclopædia Britannica.

I do not think the division of the subject into two parts - into applied mathematics and experimenta ...

It is not impossible to suppose that in this case our luminary was taken in the act...